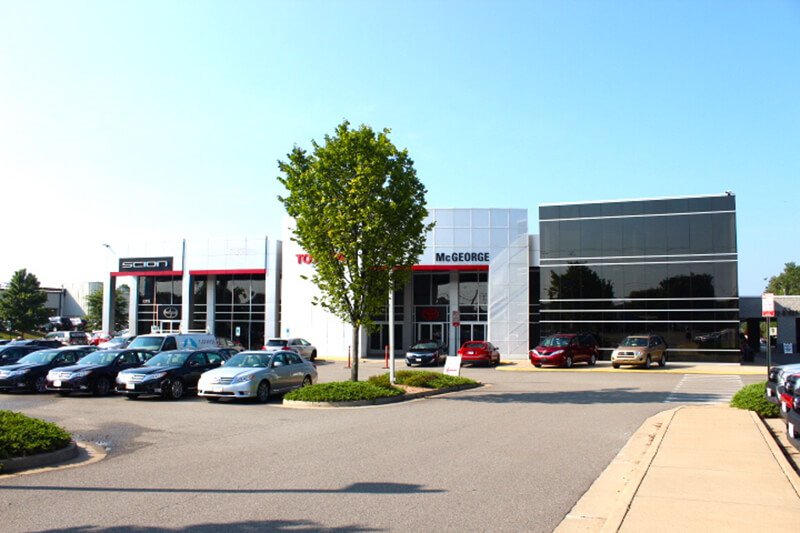 We first opened our doors in 1955, as a Studebaker and Triumph dealership. Since that time, we have remained a family-owned, locally-operated dealership group that has expanded to include one of the largest volume Toyota & Scion dealership's in central Virginia.

Our Parts fulfillment center stocks and sells Toyota and Scion OEM parts via our online store Toyota Parts. We maintain one of Central Virginia's largest Toyota and Scion parts inventory’s to serve or Service, Internet and Retail customers.

We offer same day shipping on in-stock parts with most orders filled within 24 hours. In addition to our expanding parts inventory, McGeorge offers Toyota accessories and retail merchandise at our sister store Toyota Parts

Throughout the decades of rapid expansion, we have held on to our core values of exemplary selection and customer service.

McGeorge is proud to be recognized by its customers and the auto industry as a leading Toyota North American dealership for sales and service.

As a winner of Toyota's prestigious President's Award for a 21st consecutive year (1996-present) McGeorge is only one of 20 North American Toyota dealerships to be recognized for exceeding Toyota's highest standards of customer service, sales, parts, and vehicle servicing excellence. In addition, McGeorge Toyota was recently named to the Toyota Customer Advisory Board for a second year! A distinction only provided to 50, North American Toyota dealers.